Riccardo Gatti was born in Faenza on April 3, 1886, the son of Francesco, director of the renowned “Casalini” cabinetry workshop in Faenza.

He finished primary school, and from 1898 to 1902 he was a diligent student at the Seminary of Faenza. He then enrolled in the Faenza School of Arts and Crafts, directed by Prof. A. Berti, attending crafts classes held by Prof. M. Campello. Fellow students included Anselmo Bucci, Giovanni Guerrini and Aldo Zama, young men who in the future would form an integral part of the Faenza cultural landscape.

At the same time, he was part of what would later be defined as the “Cenacolo Baccarini” (together with Baccarini, Drei, Guerrini, Melandri, Nonni, Rambelli, Ugonia …); his first work was with the Majolica Factory of Virginio and Venturino Minardi.

In 1906 he participated with the Baccarini group in the Faenza Figurative Art Exposition, revealing his gifts as a sculptor and master craftsman. These were confirmed in 1908 at the Faenza Torricelli Expo, where he obtained the silver medal for sculpture.

In 1909 he left Minardi Brothers to join Francesco Nonni at the Academy of Fine Arts in Florence. Unfortunately, because of family problems, he had to leave his studies and return to Faenza where he was welcomed back by the Minardi Brothers. But Gatti continued to search for new experiences and was attracted by the great cultural and arts centre of the capital. The Minardi Company closed its doors at the death of Virginio, and Gatti left for Rome where he enrolled in the “free school of the nude”. Unfortunately, he once again was forced to leave the school, this time called to take up arms.

In 1915 he enrolled in the body of a rifle regiment of the Italian Army (bersaglieri), fought on the Karst region, then was sent to Genoa. After he was discharged, he returned to Faenza in 1919 to work as a ceramist at the Manifattura Ceramica, formerly Fabbrica Farina. 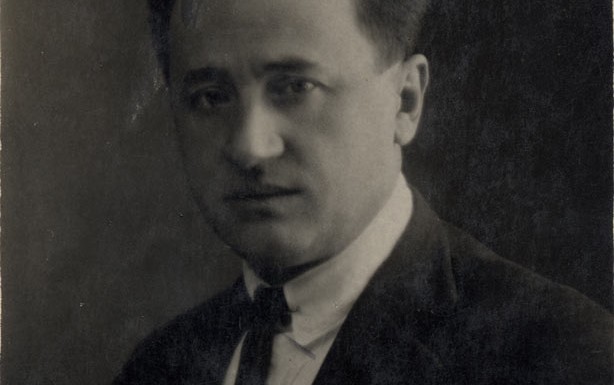 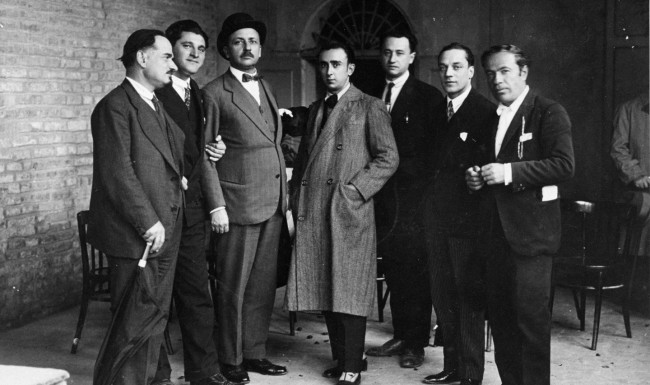 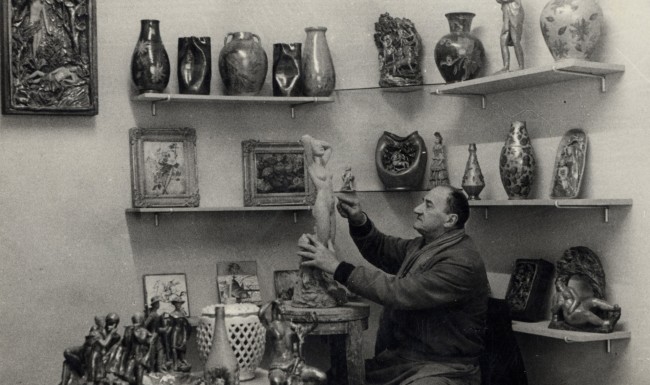 That same year he accepted an interesting offer from the Castellini and Masini “Faventia Ars”, where he would be able to create freely and express himself through his sculpture as well as very modern and personal inventions.

However, Gatti did not feel completely independent, and with the financial support of his friend Luigi Montalbini, on June 29, 1928 he founded “Bottega Gatti & C.” in an old 19th Century street in the Borgo area (via Bologna piccola), near his home.

With a long and solid experience, Gatti dedicated himself to producing decorations typical of Faenza and new elements made using his own techniques, with decors featuring metal and colourful reflections, showing his extreme mastery.

With the help of journalist Giuseppe Fabbri, Gatti came in contact with the futurist movement, and on October 28, the “First Futuristic Ceramics Exposition” was inaugurated at the Musical Site “G. Sarti” in Faenza by Filippo Tommaso Marinetti. Gatti had the assistance of artists such as Giacomo Balla, Benedetta Marinetti, Mario Guido Dal Monte and Remo Fabbri in this effort, as he transferred their designs and models for use in the futuristic multi-coloured ceramics. In addition to the ceramics that were born of these collaborations, Gatti made new futuristic decorations using his new forms. With these ceramics, he participated in the 1929 International Exposition in Barcelona and the “Trentatré Futuristi” Expo at the “Pesaro Gallery” in Milan.

In 1930 he began his collaboration with Giò Ponti. At this point he began to create works with a modern taste, some with opaque enamels decorated in gold, others of iridescent tones with metallic reflections. This collaboration was consolidated with Gatti’s participation in the many Triennale of Milan.

These were years of happy insights for Gatti, and he received commissions for important works of notable dimensions for churches and private buildings in Italy and abroad. His works are now famous, and the decorative motifs of ceramic with rosy gold reflections, both coppery and greenish, assure him maximum success also abroad.

He was awarded the highest honour at the 1938 International Exposition in Berlin. He was awarded a gold medal. In 1942 he won various prizes at the IV National Faenza Ceramics Competition. 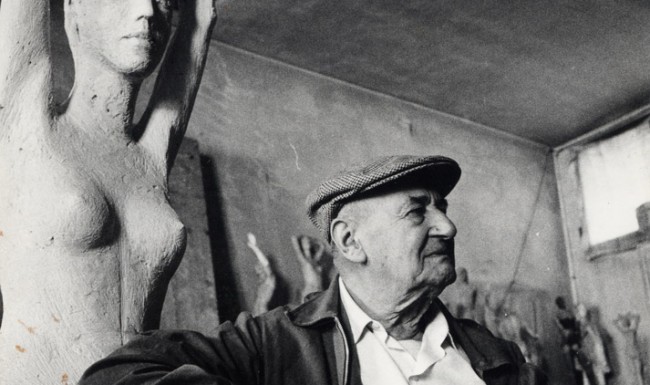 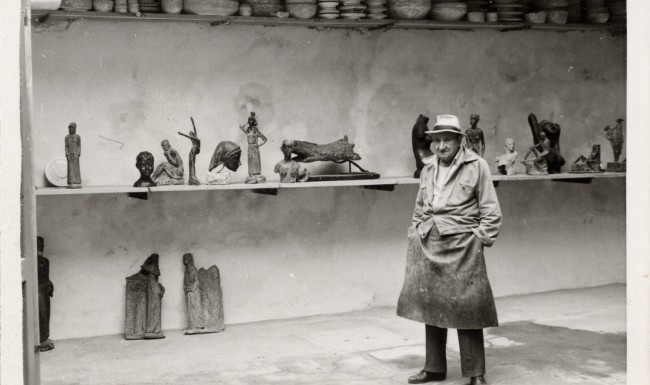 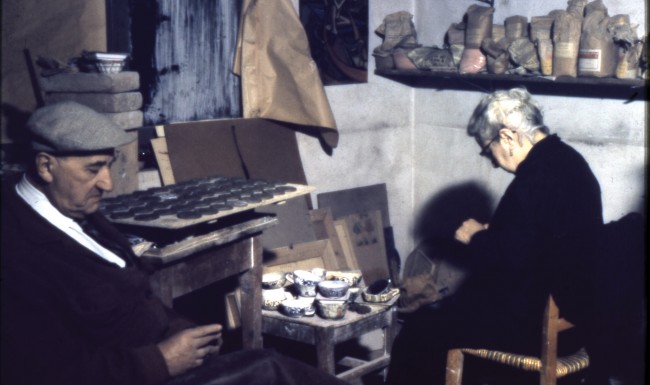 After the end of WWII, in April 1945, the virtual destruction of Faenza was an impediment to a return to normal work activities for both artisans and artists; by 1946, however, within the context of post-war reconstruction, Gatti was able to resume ceramic production at full steam.

Indeed, Gatti was awarded the Golden Medal by the President of the Senate of the Republic of Italy in 1957, at the 15th edition of the National Competition of the Faenza Ceramic Works, and in 1959 he was appointed a member of the International Institute of the Legion of Honour in Rome. That same year, he was also the winner of the prestigious Palladio Prize in Vicenza, and, in 1960, the recipient of another award in Munich.

With prestige growing by the day and a profitable and continuous activity that had much to offer to culture and art enthusiasts, Riccardo Gatti’s name was entered on multiple occasions for professional recognition: from the nomination to Member of the “Tommaso Campanella” Academy of Rome, to that for Member of the Academy of Sciences, Literature and Arts of Milan.

With his extraordinarily determined character, contagious exuberance and great artistic vitality, Gatti was able to produce new and original sculptures distinguished by their characteristic moss green and gold made with metallic reflections throughout his life.

Riccardo Gatti died in Faenza on 29 June, 1972, on the feast of the Holy Apostles Peter and Paul.